BW is a privately owned business in the fit out and construction market, predominantly operating in the south-east of England. With a staff of 240 and a turnover of £175 million, BW has grown quickly following a recent management buy-out, more than doubling turnover in the last two years.

Andrew Bradley is BW’s Finance Director and has been with the company for 2½ years. He is one of the board members responsible for the impressive turnaround in the company’s financials, and also the positive team culture. We spoke to Andrew about how BW’s work with Opsis has contributed to this success. This work has involved near company-wide training, with the objective of creating a common company goal and language. Head of HR Penny Creswell, Customer Experience Director Rob Frank, and Head of Marketing Leanne Baird also shared their experiences with us.

What happened when BW started working with Opsis?

At the end of that year, Opsis was brought on board to implement high performance team training, along with management and leadership training. Two years on, 60% of the business has completed or will complete this training, with the remaining 40% having internal training days including all the key aspects of the full training, so that everyone in the company understands the common aspirations, language and purpose. This training has resulted in: 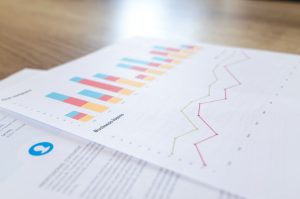 What were BW’s challenges?

According to Andrew, BW needed both a common language and to develop managers to help them fulfil their goals. When Andrew joined BW there was no leadership training structure, so there was a real need for a framework to support managers in managing both internal and external stakeholders. It was important for Andrew that everyone in the company should know what good looked like in terms of day to day behaviour.

Penny Creswell agrees, saying, “We needed a massive change when the business was taken over, and there was a deep need to move the key players towards being better managers, to build confidence and to embrace the need to learn and grow.”

It was also essential for BW to have a single focus that everyone across the business could work to achieve. This common goal (and the common language to go with it) should result in a better team culture, with everyone working together towards a tangible success. 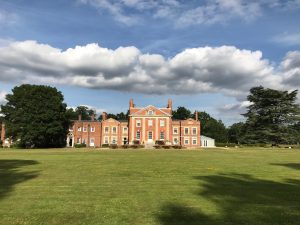 A lovely location for the BW training

Andrew says that meeting David, MD of Opsis Consulting, transformed his life, giving him the practical tools he needed to understand what good looks like. Opsis delivered a training program designed to ensure that all employees also understood this, and how to get there in practical terms.

A key characteristic of any high performing organisation is to have a single simple priority. For BW, it is the goal of defect-free delivery in everything they do, whether that’s on construction projects, in the office, or on their website. The whole course Opsis delivered was then wrapped around how to implement defect-free. The course focused on this sole objective which would help to move the business forward and empower employees to take responsibility within their own areas.

Rob Frank, Customer Service Director, explains that completing all five modules of the Opsis training course gives every employee a complete understanding of how the whole business works, and how their roles affect the wider business. He says, “That’s invaluable, powerful, with all the brains in the game. The course is very practical, and David makes it for us. His experience and other stories linked to some of the tools he uses brings it all to life for the people in our business. People feel like they’ve gained a mentor, someone who understands them. It’s very strong – people are emotionally involved.”

Opsis also provided ‘winning business’ training in order to change the way BW think about and approach bid management and pitches. This has led to the preparation of working methods and tools which mean that more people are able to contribute to winning the work, rather than the responsibility lying with one particular team. 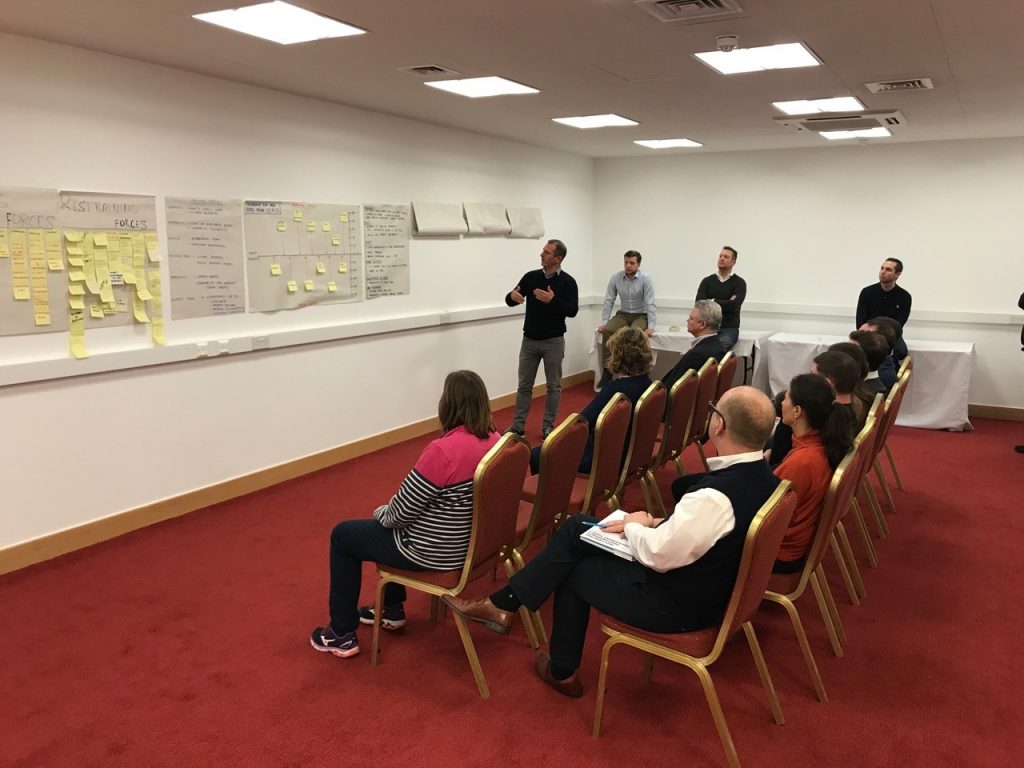 Andrew says that while it’s hard to put a tangible figure on the impact that Opsis have had on BW’s business, their recent dramatic growth has been supported by Opsis and the changes in the business that have been the result of the Opsis training.

He says that “Everybody talks about how much they’ve implemented learning, successes, and improvement points. Some of the phrases we use in the training have now become common language, and creating this common language is helping to form our culture. Now I want to know what’s next!” Andrew believes that there will be a lot of “rising stars” coming through the business following the training, and wants to ensure that BW can harness this great workforce and go on to develop employees even further.

According to Penny Creswell, “The training has really affected the culture of the company – it’s bringing about real change in attitude, approach and openness. We now have a culture of learning and growing from our mistakes. We question why we are busy and try to step back to ensure what we are doing is a) required and b) adding to the solution instead of running around like busy but headless chickens! We encourage feedback and have some fabulous tools to help us become more efficient.”

Penny has seen the change in the company, having worked there for seven years. Rather than it simply being a job, Penny’s role at BW has been transformed into a career that she loves – and the reason is, in part, due to the Opsis learnings. She goes on to say that, “Everyone is much more aware of taking responsibility, having constructive feedback, that making mistakes is ok because we learn from them, and this is all done in a positive environment. The turnover of staff has been slashed from 30% to 5%. Crucially, this change is starting at board level – they are empowering employees, starting from the top and filtering down.” 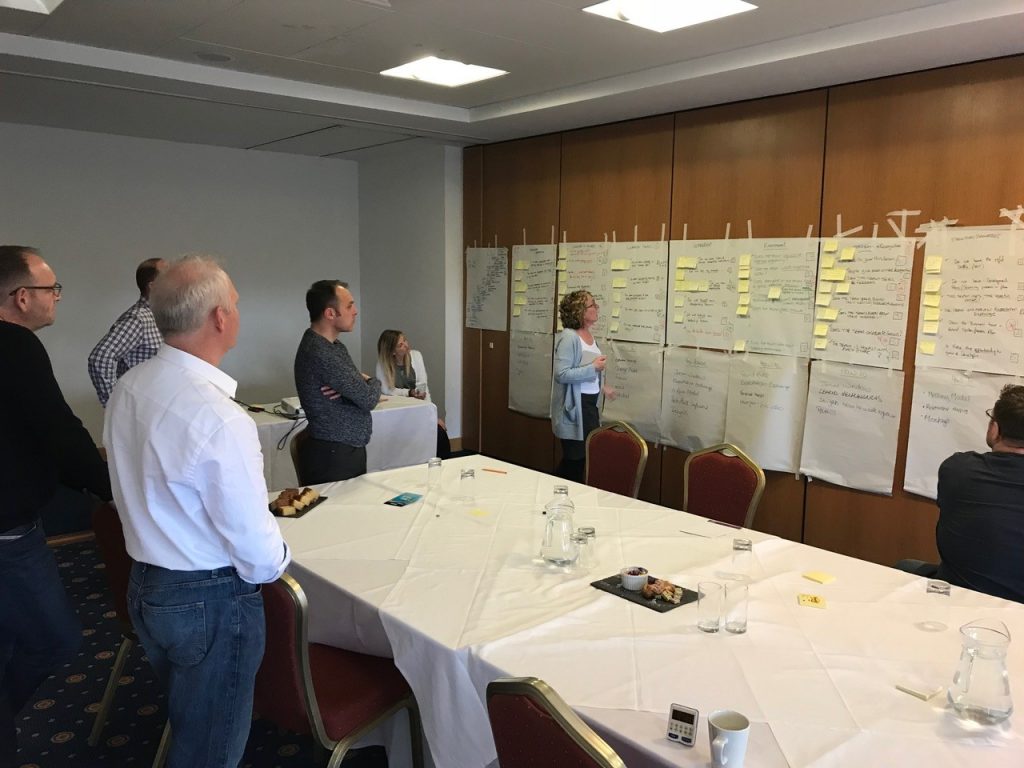 Despite some initial pushback as there always is with major change, everyone is now embracing the Opsis training. People who initially dropped out of the course are now requesting to rejoin as they’ve seen what others are doing with the tools they now have. Many of those who completed the training in its early stages have now been promoted to heads of department, and use what they’ve learnt in their day to day work. BW also reinforce the training as much as possible on their intranet, app, and through extra coaching and learning sessions.

Leanne Baird, Head of Marketing, has just finished her final module of Opsis training. She says, “It’s honestly amazing – it has completely changed my outlook on what the business is trying to achieve, and my role within that. It’s like having a new pair of glasses; I have a completely new perspective and I can’t wait to implement the actions I have from the training.” Leanne goes on to say that when more people have finished the last module, the more transformed the business and the company culture will be. Already, people are using the tools they’ve got from the training sessions to great effect, and this is filtering down to people who haven’t yet completed the course. 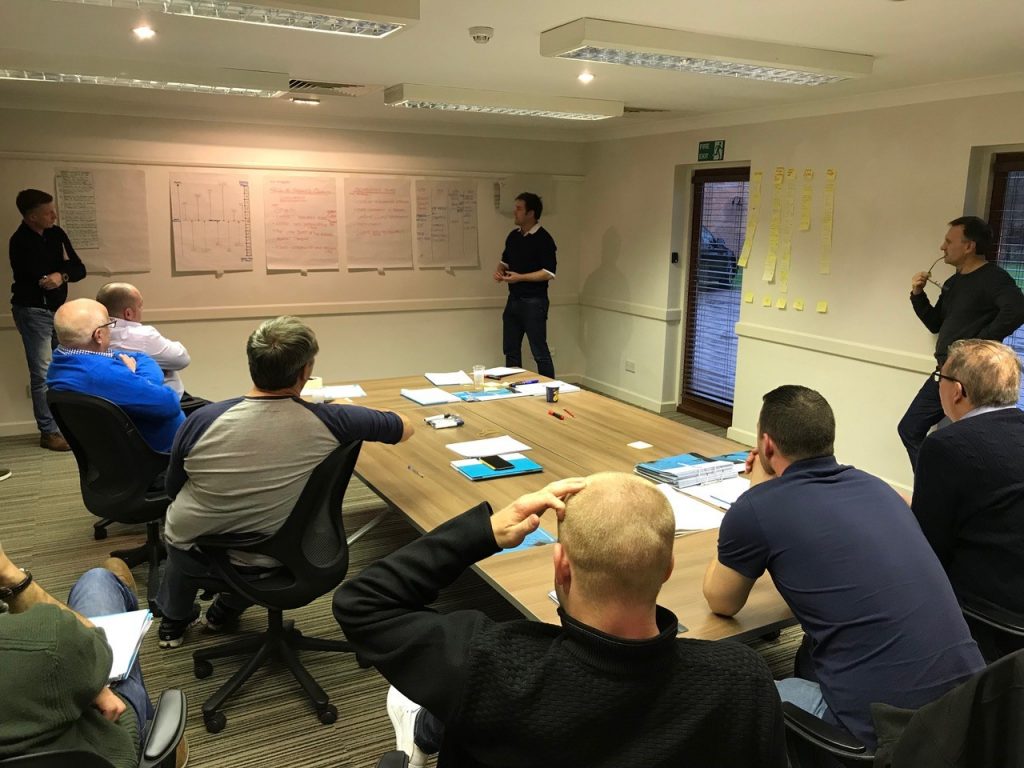 Colin Ogden, BW’s Pre-Construction Director predominantly responsible for winning new business, has some more tangible results following his Winning Business training. He says that, “In a recent bid for Fidelity, we were able to prepare fast, considered and meaningful bids to short timescales using the training tools. Fidelity is a cornerstone project for BW and is valued at approximately £25m, involving a rolling fit-out programme over two years. For Colin personally, the training, “has been a revelation in how the team have embraced it and how much more efficient we seem to be becoming.”

BW is now a company that thrives on feedback and at the end of each training session participants provide qualitative feedback and complete an NPS survey, responding to the question ‘On a scale of 0-10, how likely is it that you would recommend Opsis?’

In a result that speaks for itself, the net promoter score over every single course is an almost unheard of 100.

Want to find out how Opsis Consulting can help your business? If you want to be the leader of a high performance organisation and have a clear route map and the practical tools you need to take you there, contact us or find us on Linkedin.

View all posts by: David Williams